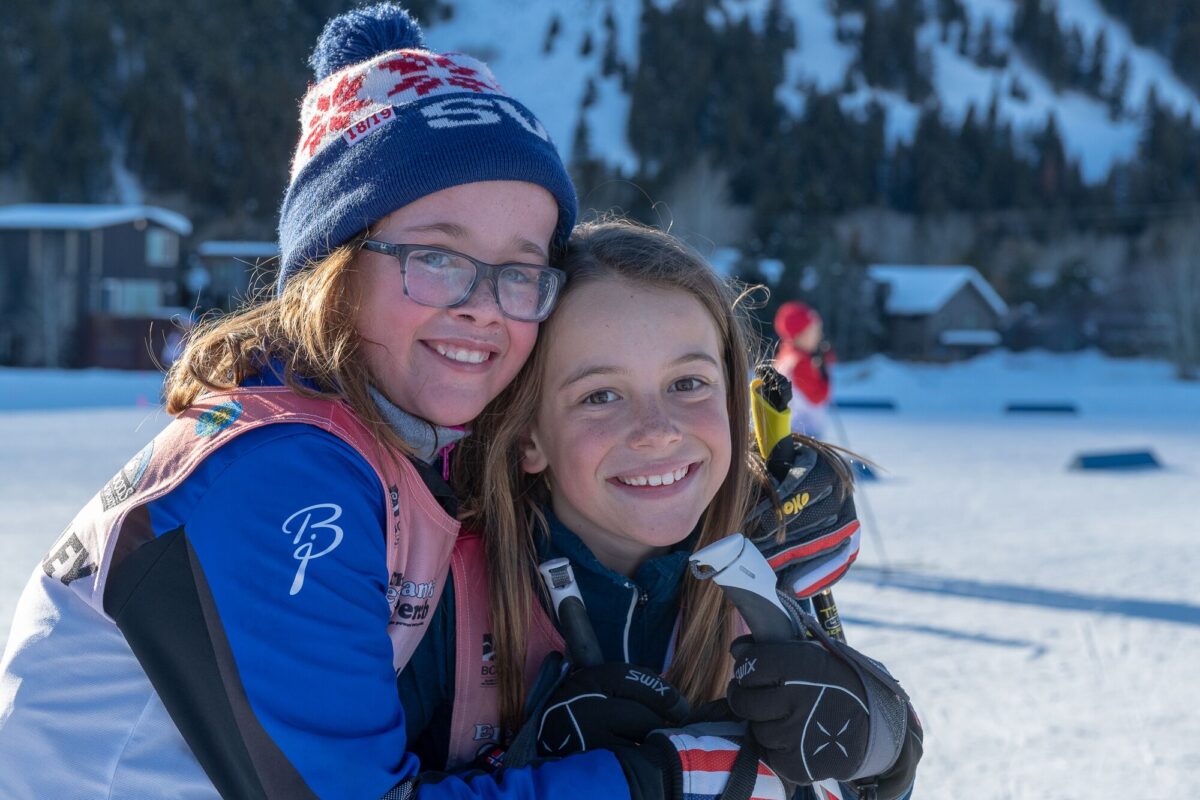 The Wood River Valley’s reputation for giving back and taking care of the people in our community is both well known and well deserved. There is no shortage of people, places and worthy causes in which we can invest our time, money and energy. And, with an estimated 215 non-profit organizations in Blaine County, there is an abundance of outlets for interests, causes and cares that align with your personal values and beliefs.

Sloan Storey, a graduate of University of Utah and Wood River High School and alumna of the Sun Valley Ski Education Foundation’s cross country program, skied in the 2019 Boulder to raise funds for The Hunger Coalition. Sloane works as a program coordinator in the summer driving the Hunger Coalition’s Bloom Truck which brings both food and – in conjunction with the Ketchum Community Library – books to children in isolated neighborhoods in Blaine County. Sloane raised $8,100 to purchase healthy food for local families, and surpassing her original goal of $6k, enough money to cover the cost of lunches for Bloom.

BMT participants who signed up in December helped fund a $535 donation to the Pancreatic Cancer Action Network in memory of Jon Engen, an iconic member of the Nordic community who died of the disease in April 2018 and in whose honor the race was held this year.

In recognition of Taul Paul, founder of the Galena Backcountry Ski Patrol who is retiring after 32 years of service, the BMT donated $1,000 to the organization for their constant and invaluable presence in ensuring the safety of the BMT participants on race day.

The BMT’s current cause is the Sun Valley Ski Education Foundation’s Gold Team. Founded in 2001 to aid elite athletes in their quest to be the best in the world, the Gold Team boasts several alumni who have gone on to Olympic and Paralympic glory, including snowboarders Kaitlyn Farrington (gold medalist), Chase Josey, and cross country skiers Morgan Arritola, Simi Hamilton, and Jake Adicoff.

Scaled back last year to refocus on Nordic skiing, the SVSEF Gold Team is comprised of six elite racers, including Kevin Bolger, who just completed his inaugural season with the U.S. Ski Team and was nominated to the 2019-2020 Cross Country B Team. Also on the gold squad; 2019 Zions Bank Boulder Mountain Tour champion Peter Holmes, Adam Luban, Katie Feldman (second in the 2019 BMT), Maddie Morgan, and Cate Brahms. The team is coached by Chris Mallory.

To help defray the costs of the Gold Team’s training camp in Bend, Oregon, at the end of May, the BMT is donating its share of proceeds from the official event poster to the squad. Hand-drawn and screen printed by local artist Jack Weekes of Type B Laboratories, the poster depicts Jon Engen charging down the Harriman Trail with the Boulder Mountains in the background. 30 out of 75 limited-edition prints remain at Independent Goods, located at 330 Walnut Avenue in Ketchum. The poster – which is $75 – is also available online at https://independentgoods.com.

The Boulder Mountain Tour salutes the following nonprofit organizations and the wonderful work you perform. We look forward to collaborating with you again next year.

Girls on the Run

YMCA of the Wood River Valley