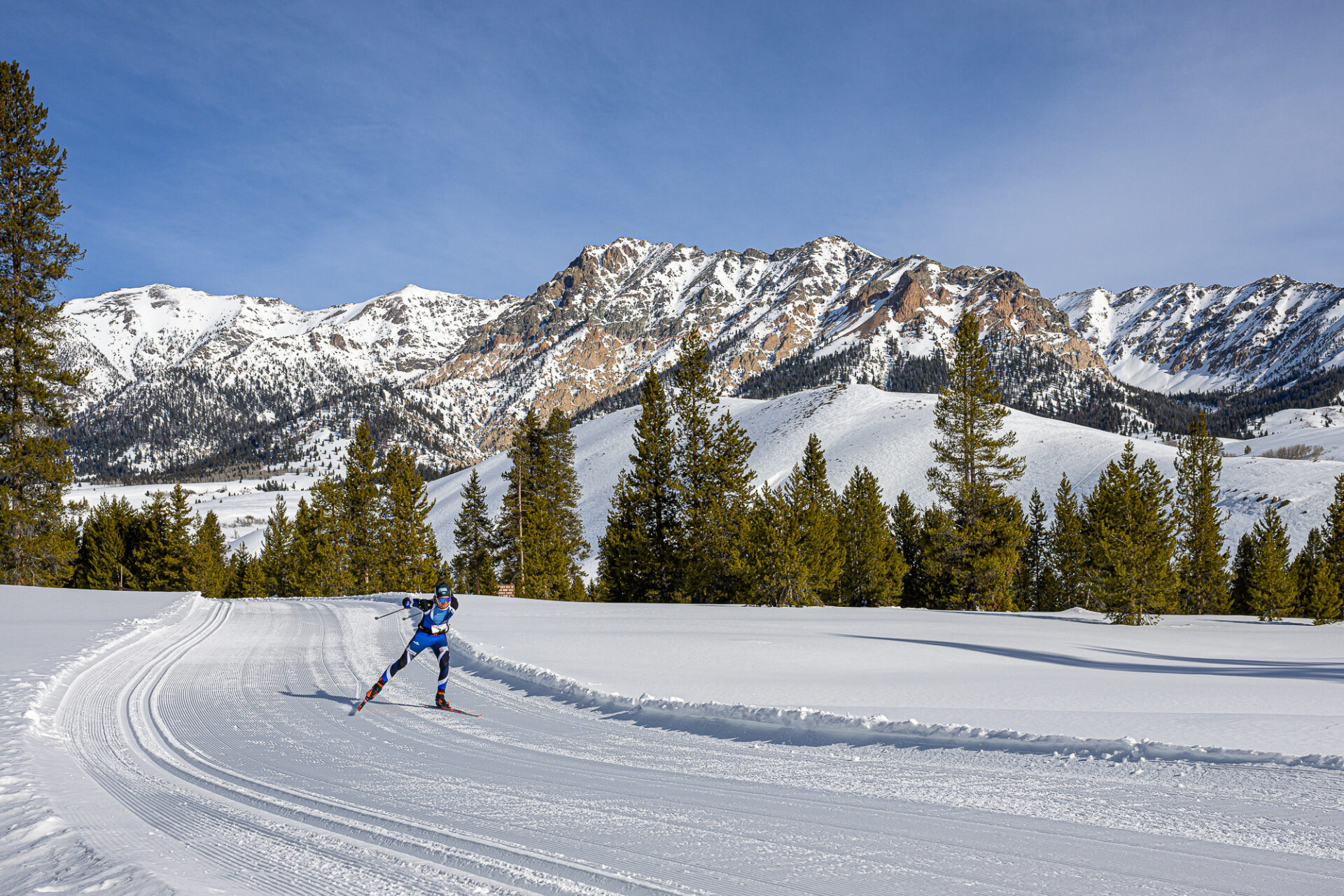 The 50th annual Zions Bank Boulder Mountain Tour will take place in Ketchum, Idaho, on its traditional day, the first Saturday in February, falling in 2023 on February 4.

The premier cross country race in the Western United States, the Tour is staged on the historic Harriman Trail located in the pristine Sawtooth National Forest Area. Race distances are 34 kilometers, the Full Boulder, and 15 kilometers, the Charley Course Half Boulder.

The field features World Cup-caliber racers to cross country enthusiasts who embrace the “Tour” aspect of the event. All ages are welcome. Racers are separated by waves, including Elite Men, Elite Women, seeded by previous race times in the BMT or comparable marathon distance races. There are seven waves in the Full Boulder. This year, the in-person race field will be capped at 800 skiers for the Full Boulder, and 200 skiers in the Half.

Annually, the BMT recognizes its fastest, oldest and youngest racers, on-course preem champions, wave winners, and Jon Engen Perpetual Awards for most significant time improvement (male/female) from one year to the next in the Full Boulder. Post-race, the BMT Block Party and Awards Bash will be from 5-7:30 p.m. at Ketchum Town Square. Food and beverage trucks, awards, music, and a good time will be on tap. Raffle prizes include skis, boots, poles, clothing, bags, and training aids from our generous sponsors and supporters. You must be present to win.